GPS 4-Ways
With the integrated GPS receiver the Link-9 has four ways to ensure you have a GPS fix in the event of an emergency – built-in antenna, SMA connector for GPS-500 antenna, NMEA 0183 for chartplotter GPS and NMEA 2000® for network antenna connection.

Built-in AIS
A dual-channel AIS receiver monitors the position of nearby AIS-equipped vessels, helping you to avoid collisions in crowded harbours and waterways. AIS information can be viewed on the Link-9’s built-in screen, or overlaid on your chart or radar screen through a compatible multifunction display.

Remote Mountable Fist Mic
The Link-9’s removable fist mic can be connected to the front or rear of the radio – optional extension cable allows the radio and mic to be mounted separately. This offers a simple and cost-effective solution for any mounting location, with no cable clutter.

Easier Front-Mount Installation
Link-9 features easily removable top and bottom bezels which reveal mounting holes allowing the same style of mounting from the front that is featured on Lowrance MFDs.

Navigation Mode
Press the NAV button on the Link-9 to turn it into a navigational instrument displaying your Speed and Course. Link-9 also contains a Man Overboard (MOB) function, hold down the NAV/MOB button to drop a waypoint on your current location and the Link-9 will enter MOB mode to show you how far away you are and where you need to steer to get back to the person in the water. The MOB waypoint is also transmitted over NMEA 2000 to the rest of your network.

Product information is based on material received from suppliers. APM is very eager to provide to all clients a verification of its website content. 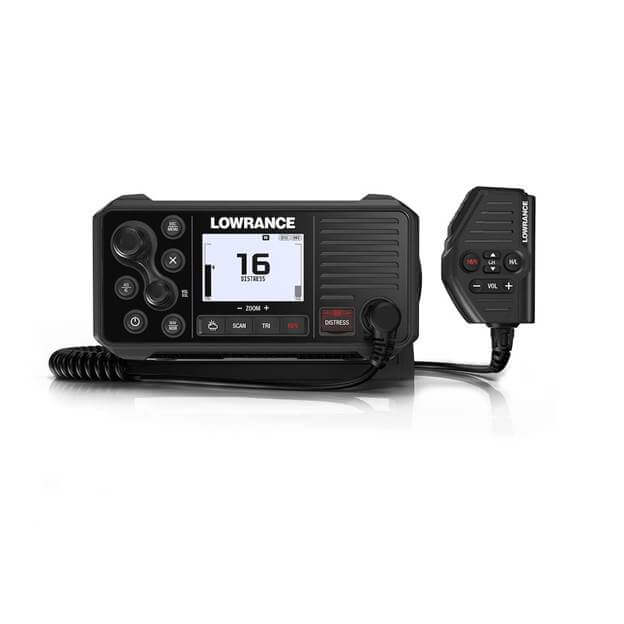 Sorry, but our website, based on latest web technologies, is not supported by Microsoft Internet Explorer.
Please copy https://www.albernipowermarine.com the web address and paste it on your preferred browser, which you can download here: